Imphal, May 30, 2022 (DIPR): Prime Minister Shri Narendra Modi released benefits under PM CARES for Children Scheme today via video conference. Union Minister Smt Smriti Irani, many other members of the Council of Ministers, and Chief Ministers were among those connected to the event.

Benefits to be given to the beneficiaries include:

I. Financial Support: PM CARES for Children Scheme Passbook (Maturity Amount is 10 Lacs at the age of attaining 18 years of age)

Expenses on uniforms, textbooks and notebooks will be paid by PM-CARES; a Scholarship of Rs. 20,000/- per annum for children of Class 1-12.

B. Laptop to school/college-going child who has passed Xth Board. 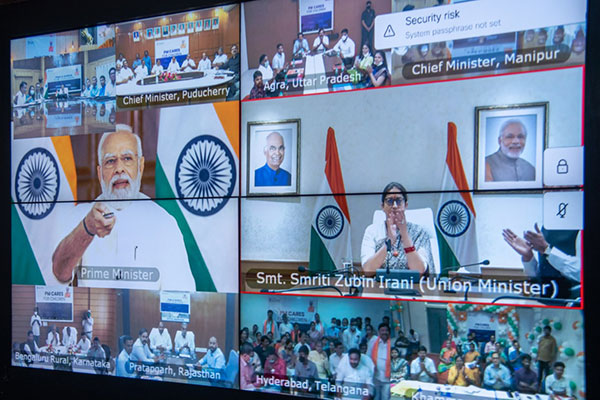 PR on Flag off of Advancing North East Career on Wheels